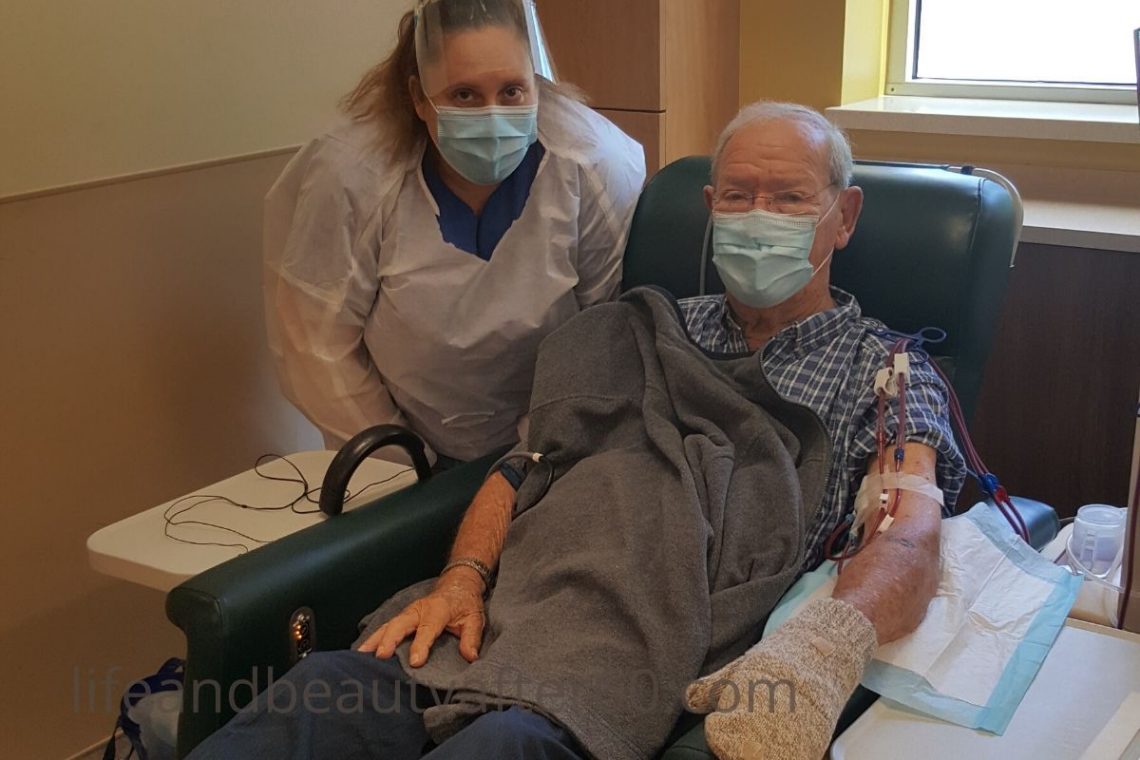 As I write this episode, I reflected on the past opportunities and ministries. But, I have also come to my current status in my journey. God still has a work for me to do, while I am waiting on my next miracle!

As Summer Camp Directors, we implemented the agenda for each week and procured the necessary food supply and other requirements, along with the help of many other volunteers. Summer Camps came and went. A lot of preparations were involved in getting everything ready for campers to attend. These camps happened in the 4 weeks of July each year. It was a family camp, which included adults, teens, young children and babies. With 300 to 400 people a week for 4 weeks attending. It was exhausting! But great times, I shall never forget. Many of the teens, were called into the ministry and are serving now. Hundreds received Christ as their Savior. It was a lot of work, but it was truly rewarding.

While in the District Office, we had a International Convention, in Charlotte, North Carolina. Some of our speakers were Jim Baker (before the fall), Jimmie Swaggert, and the president of the Church of God organization along with our Foursquare Gospel, President, Dr. McPherson, as well as others. It was a four day and night event of meetings.

In Charge of Transportation

I was in charge of the transportation from the airport to the various hotels in Charlotte, with certain times to meet the guest(s).

On one occasion, I was driving an unmarked van to meet Dr. McPherson and his staff at the airport, and I was running late. Every traffic light seemed to be red, at every intersection. There was a car ahead of me, which must have had a visitor to Charlotte, as it was traveling 15 mph, gawking around at the sites.

I stopped at the next light on the inside lane. My window was down, when I heard this voice saying, ” You look anxious”. I looked to my right and there beside me was a police car. I said, “Are you talking to me?” He said, ” Yes, you look anxious”. I said, “Matter of fact, I am.” I explained to him, I was late to my pickup at the airport.” He said, “Do you know that you are sinning?” “Being anxious?” “God said not to be anxious, therefore you are sinning.” He said, “Don’t worry, God will take care of it.” That was the longest red light I’ve ever been stopped by. The light turned green, and he shouted, “I’ll see you again, Lord willing.”

As I pulled into the pickup area, I was surprised to see no one waiting for me. I parked and went to the greeting table, attended by some ladies from the church. I asked, ” Where is Dr. McPherson?” One lady said, “His plane is 15 minutes late, so there is nothing to be worried about”. “You are on time.” God did it again!

When The Convention Was Over

When the convention was over, I had to be at the hotel to pick up Dr. McPherson and staff to drive them to the airport. I would then come back and pick up Jimmy Swaggert and his team (he had his own airplane) to the airport, as well. We had 6 vans, making such trips. Then I receive a phone call from one of the drivers saying he was unable to drive the next morning, as he had a severe sore throat, which was unnerving.

As we traveled home about 11:00 pm that night, I was in charge of the money (night offerings) and was carrying the money bag with thousands of dollars. I saw an old Ford Mustang pulled around me and pull off to the side of the road in front of me. There was a red light on his dash and I thought he might have a problem. I pulled behind him (against my wife’s advice and will). A man got out of the vehicle and came up to my side window. He said, “You look anxious again.”

That’s right, it was the same police officer, in plain clothes. I told him my problem and he said, “God worked out the other for you, didn’t he?” I said, “He did”. He said, “He’ll do it again, don’t worry.” How did he pick me out in an unmarked van in the middle of the night in Charlotte? His eyes were outstanding to me. They were brilliant blue and could see right through you. Yet filled with compassion and love. When he finished talking, he got back in his car, but none of us (there were 5 of us) in the van could remember where he went from there. But it seemed like he disappeared, car and all.

The next morning at 5 A.M.,we started to make our pickups. The man who had called in sick was healed during that night and came with his van. He also brought another man with his van. Praise God! I don’t know what you might think about what I just told you about, but we think the police officer was an angel! What do you think?

In 1984, God released us from the District office position. We were then, appointed pastor of the Gastonia Foursquare Gospel Church in Gastonia, North Carolina. While there, I received an honorary Doctor of Divinity degree from the Jacksonville Florida Theological Seminary. It was a great honor! My wife and I spent 16 wonderful, blessed years with some of the best of God’s people. We were able to build a larger sanctuary (through much tribulation) as the congregation grew. God made it possible to pay the mortgage off in five short years, which saved the church $250K in interest. Talk about a miracle!

When we retired as pastors of the Gastonia Foursquare church, we actually thought we had retired. Later, we accepted the position of Assistant Pastor at the Riverwood Holiness Church in Gastonia, North Carolina. We served the congregation for 6 years, when the Pastor made the decision to transfer.

Two weeks later, Pastor David Scruggs, Sr. and his wife ( from First Assembly of God, Gastonia, North Carolina), called to ask if we would have lunch with them. We met and had lunch with them, as we have known the Scruggs for quite a while. During lunch, Pastor Scruggs asked us if we would come and accept the position in the church as the Pastoral Pastor. I (we) accepted. For 6 years, we ministered to some more wonderful, loving people. At the time, Pastor Scruggs left, I thought the staff would change, but they lovingly kept me on as the Pastoral Pastor. It was such a blessing to minister to such thoughtful, kind people. Also during this time, I taught a Sunday School class and still do. We call it “The Miracle Class”, because God has done so many miracles for us in our class.

Waiting On Her Miracle

Heart Attack – Waiting for a Miracle!

A time came, when I had a heart attack, but God still gave me a miracle! I had to go to rehab to restore my walking ability. But within 21 days I was walking again. Because I was not able to endure walking long ways from the parking lot to the hospitals, I had to resign from the Pastoral Pastor position. However, as God would have it, he readily had everything in control. Pastor Creel and his wife Catty were our replacement, after their return from a prior ministry. They have been such a blessing to our family. We love them dearly.

When God Gives A Miracle

Not to forget our mighty God, raising me from the dead! On Sunday, September 2, 2018, in church service, it was time for the communion service. I ate the bread portion, and was about to drink of the cup. Suddenly my heart stopped and I died. I fell over to the side dead, against my wife, seated next to me. She nudged me, but soon realized, I did not respond. My wife and daughter Joy, realized right away that something bad had happened!

Our Pastor relayed to the congregation, I had an incident happening and they prayed and he released the congregation to the parking area. The Rescue Squad came and rushed me to the hospital. Later in the day, the hospital staff had me in ICU for 4 days. My family, being there around the clock, waiting on a miracle, were never informed about my condition or prognosis. The doctors had placed me in an induced coma until day 4 when I woke up, asking, ” What happened?” The family told me what happened and that it was all over the hospital about a man dying in church and was now alive.

The following Sunday, I returned to teach my Sunday School class and our Pastor invited me to the platform to tell about the vision I had, when I had died. This was a miracle! Our God is a miracle working God! He raised me up for His purpose and I’m still waiting for the “All Clear” from this COVID-19, where we can get back in church and fellowship.

Currently, by way of Google Duo, I teach Sunday School Class to my girls and their husbands, in their homes, on their phones.

I am now, 90 years old and am on dialysis, three times a week. The doctor tells me all the time, that my blood work numbers are better than anyone in the clinic. Every time my doctor sees me, he is amazed that I am still here and doing so good. Of course, he says my condition is terminal, but he doesn’t know the power of my God! It’s coming! I am waiting on my next Miracle!

This concludes the episodes of my Dad’s Life Journey thus far. We are waiting on his next miracle! Stay tuned!

I hope to create an e-book and an actual paperback book in the future of my Dad’s Life Journey. Be sure to follow my website and once available, you will have access to them. I hope you will share this website with your family and friends!

Here is the complete list of episodes of My Dad’s Life Journey:

3rd Episode: Getting To Know My Beauty

5th Episode: Beginning of His Ministry

6th Episode: Prior To Serving As Pastors

This episode is the 8th and final, while waiting on the next miracle!

Be sure to signup for “FREE” email notification of my latest post. Stay Up To Date! Simply complete the form in the right side column.